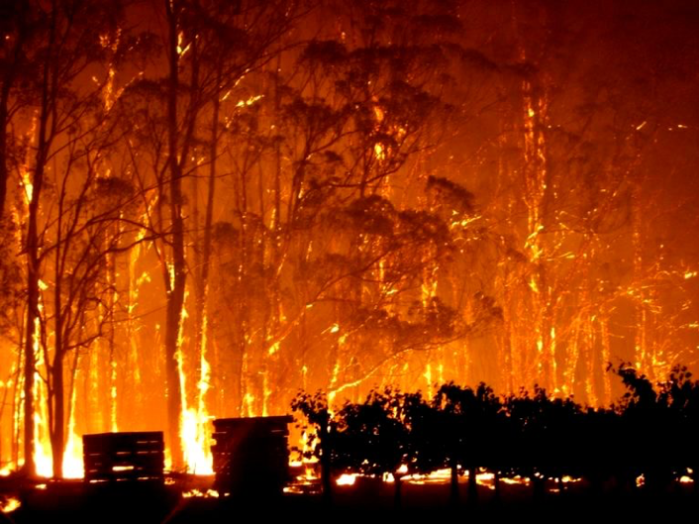 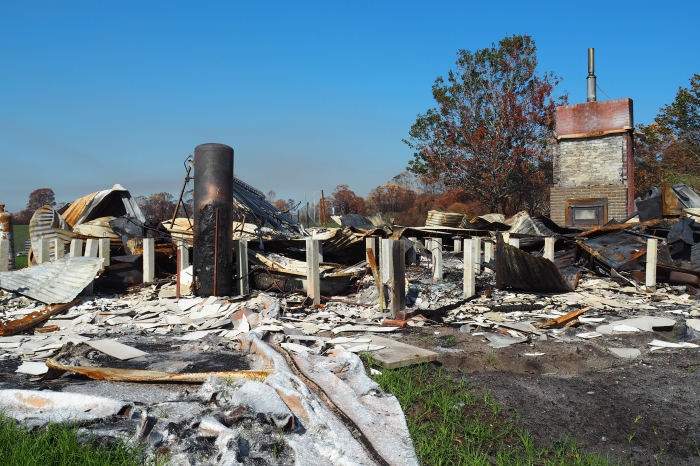 As people meet,
‘It’s so good to see you!’
passionate, heartfelt embracing of one another … 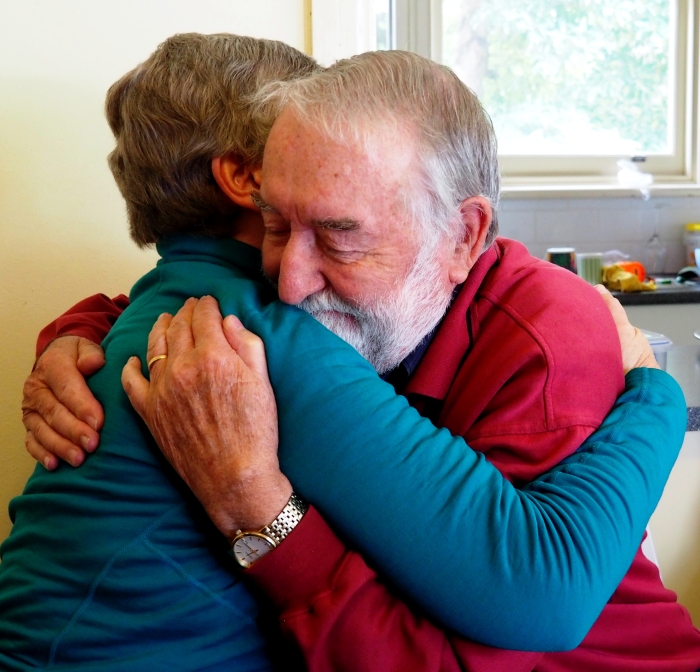 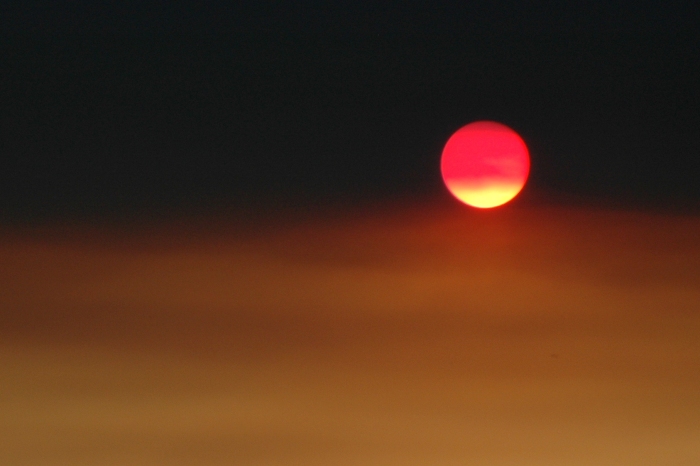 How do I go on living?
How do we recover?
When there seems no road ahead,
which way to turn?
Where is God in this? 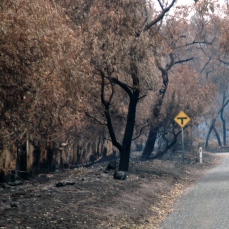 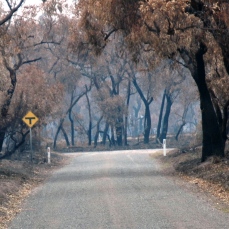 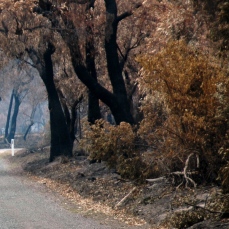 There is a thin line between fear and faith,
between anxiety and trust.

People come,
people speak,
handshakes offered,
not always reciprocated.
Promises made.
Will they be fulfilled?
Will there be listening?
Will ways forward be found?
Recovery, healing? 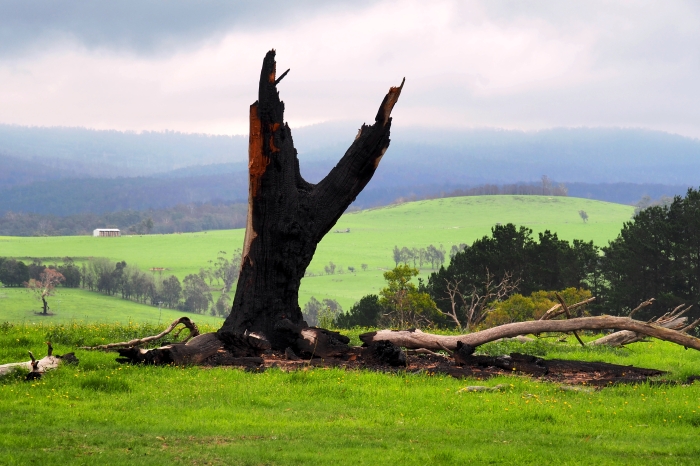 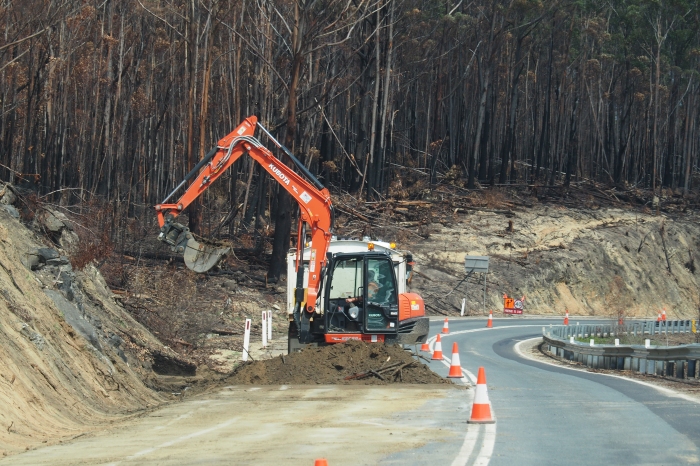 A barbeque is held
people gather.
Sausages cooked, devoured;
and a glass or two
amid much conversation,
the sharing of stories.
Community re-formed, strengthened.
(There will be countless sausage sizzles
in the weeks and months ahead.) 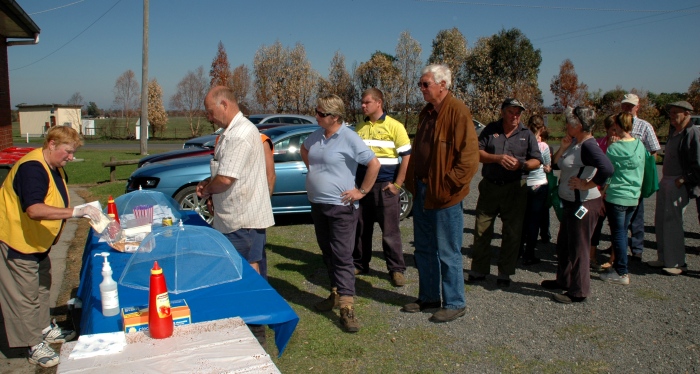 At the Relief Centre,
tears are shed,
relief etched on faces
as there is listening
to stories told:
as compassion is shared.
Are such interactions
meetings on holy ground? 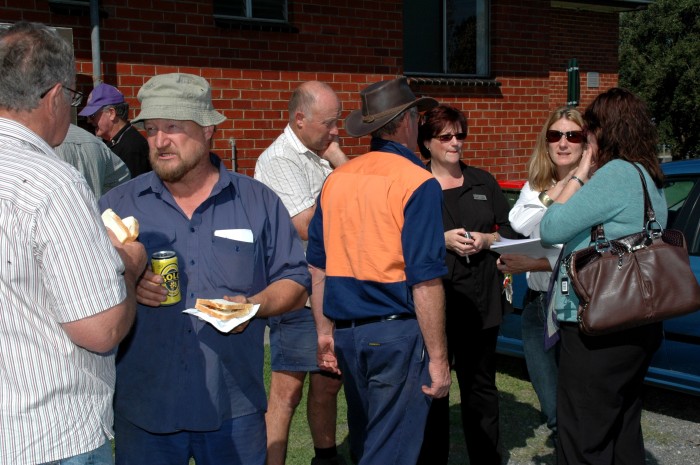 One man,
overwhelmed by his holocaust of fire,
the devastation, and enormity of recovery,
is immobilised.
‘There is too much to do.
I don’t know where to start’.
Another, after listening with intent, suggested
‘Choose one thing,
Focus on it …
When that is done,
Choose one more’.

After the fires, rain came,
rain fell, over 100 mils of it,
saturating the soil.
Days later,
the earth gave forth its produce,
as shoots of grass emerged.

Green grass …
To blackened environments,
the colour, returning,
transfigured the land
as well as many singed hearts and minds.
Spirits lifted.
Was this resurrection? 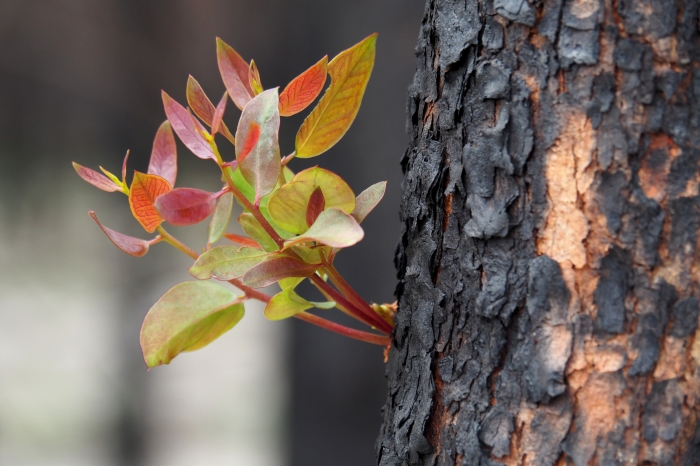 In one rural area,
as two people spoke,
a woman, suddenly distracted,
averted her eyes
as she looked beyond her companion,
crying tears of joy and relief:
‘Eric! He’s alive!
He’s come back!
We thought he was dead’.

There,
scampering across the paddock,
was Eric, the echidna.
‘We thought he was dead’. 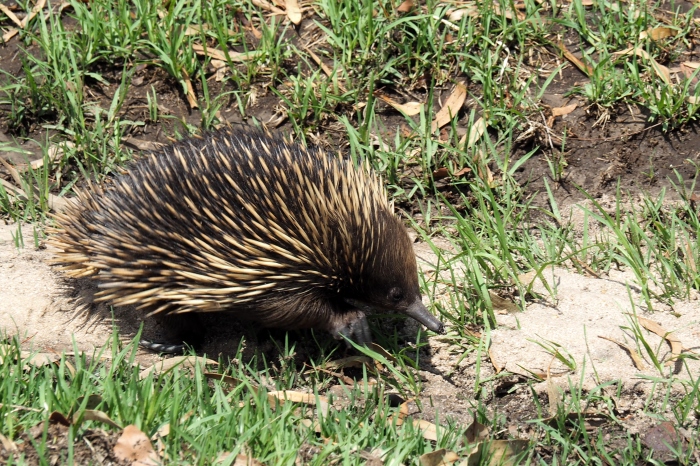 ‘My dams have been empty for three years.
Look now!
They’re overflowing!
What a sight for sore eyes!’

After days of deathly silence,
birds returning:
kookaburra, magpie,
black cockatoo, rainbow lorikeet,
their songs ringing through the air:
a joy-filled cachophany of sound.
What a chorus!
What colour!
What life! 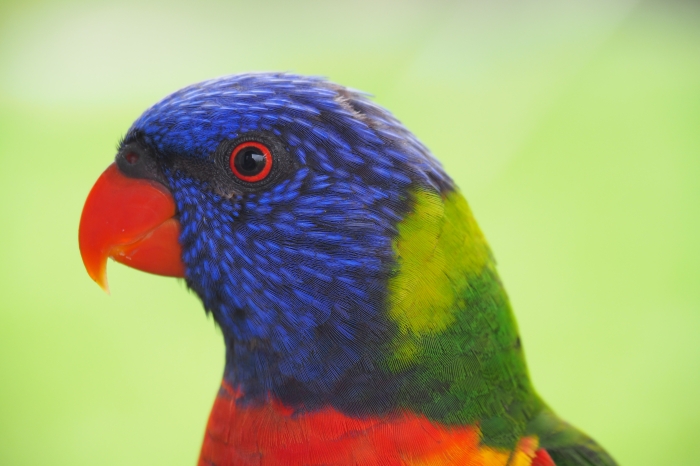 And, out of the desolation,
the beginnings of new life,
greens, reds, blues, browns,
many colours,
the exuberance of nature’s recovery,
– what naturalists call epicormic growth –
breaking through blackness:
emerging from the trunks of trees.
Easter rising from Creation’s Good Friday. 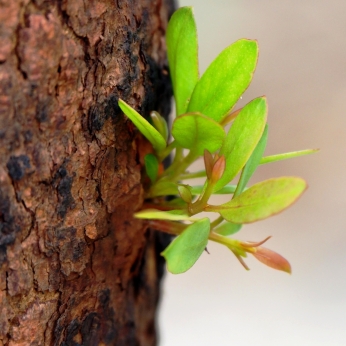 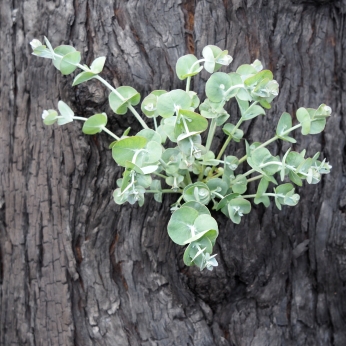 Could it be that, like nature,
out of our struggles and traumas,
new life emerges in we humans?
Could it be that God’s presence
is in literally every thing and every one?
… the Divine Presence in us and in all creation?
… the source of our hope?
Could it be …? 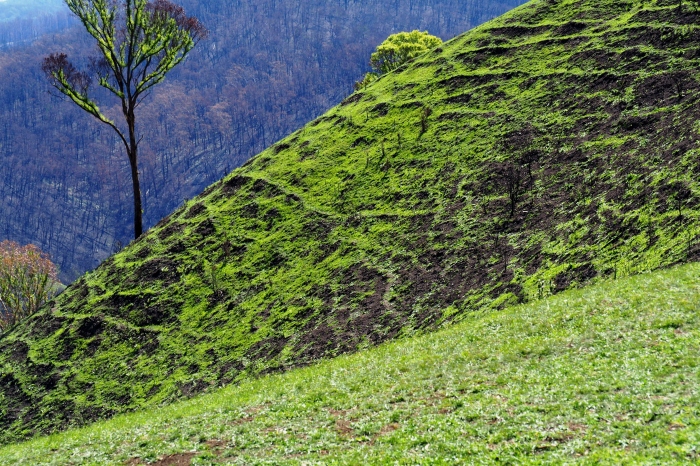 Alan Mathews is a retired Uniting Church minister with a passion for photography and discovering life in everyday moments. In these days of social isolation, he enjoys playing with words and images; and with the ‘doors’ they open. He lives, works, and plays on Boonwurrung land.

3 thoughts on “Out of Good Friday, Easter”