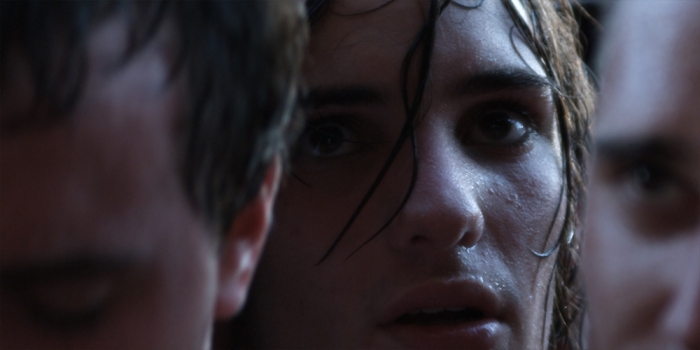 Having faith used to be all about belonging. This involved finding yourself through shaping your self-worth at work, through family and relationships, and your affiliation to the group, club, or church where you lodged your formal membership. Spiritual identity was about finding your place, and living out its promise while struggling with its limitations. The hero in this kind of world was one who learnt to make do. If you were a troublemaker it was only to make changes enough so that even the stranger could join in the inherent welfare of belonging. Having a place under the sun was the goal of both the good life and the good faith, of firm citizenship, and the blessings of belief.

Belonging, however, is no longer what it used to be. In his recent study of religion in Australia, Gary Bouma points to a radical shift that has occurred in the horizon of the great Australian search for meaning. Bouma states that ‘religion and spirituality in Australia is about hope, the production and maintenance of hope through actions, beliefs, practices and places’.[1] He sees hope as being the means of linking an individual to wider connections of meaning. Hope motivates, sustains, and generates the search for a quality of life; it has a moving dynamic quality that is not found in older models of belonging. Here, hearts are on the move looking for experiences and connections to enhance the quality of their felt experience.

Clearly, this does not make for good church membership, as people on the move do not serve well on the committees that monitor the by-laws of belonging; there simply isn’t time! Having worked for ten years as a University Chaplain I am familiar with the search for hope expressed on campus. It is the thirst motivating the lives of many of the young people that I have the privilege to work with. Sometimes debilitated by choice, they struggle to find the substance of a life that is worthwhile, nourishing and worthy of their efforts; in short, something worth living for. They negotiate the frenzy of options thrown up by a consumer society, only to be looking rather more intently for the more ecstatically-charged moments that hope should be worthy of. All searches, however, require discernment, and here we are in new territory because the answers of traditional religion don’t quite work in terms of new social realities.

We currently face a world of fluid connections, a sea of social networks, that are negotiated by hand-held devices and internet connections. This new world does not reward belonging, but it does, however, like to go shopping! In consumer worlds, we not only buy products, surrounded by the promise of experiences, power, and fulfilment, but ultimately, we are shopping for a self. This is a sense of identity that comes into being through our ability to create an image of our self to live by. David Lyon uses this term ‘shopping for a self’ to describe the manner in which people create a sense of self in a consumer society.[2] Here, the emphasis is not so much on authority found in institutions or texts, but as a consumer people are concerned with questions about what is good for me, and where does this path lead, and will it create hope within the complex world that I live.

This situation creates at best discerning individuals looking for what works and makes sense, for seekers rather than believers. People shift allegiance, change group, find what they are looking for rather than staying put with what they’ve got! Authenticity is a big value amongst people who become discerning about the nature of spirituality. This process tends to create a more holistic way of thinking and in turn a more critical consciousness about the process of shopping and the inherent limitations of living in a consumer society. Such discernment might lead people to do without, to change their lifestyle and live with less impact on the earth, because they see themselves implicated within the systems that seek ‘to serve’ them.

The downside of this situation is the possibility that people fall in love with the products themselves, forming a plastic and easily discarded shell of spirituality that is traded in on a daily basis for the latest fad or new experience. This endless cycle of consumption of images of the self is one that is explored by the sociologist Zygmunt Bauman. In a string of books, he has turned his attention to the global conditions of our consumer world. Reading his books is not at all cheerful, as he tends to write with a disturbing awareness of the possibilities he explores. Bauman rather gloomily calls this period one of ‘liquid times’, because he believes that the stable structures we depend on to negotiate boundaries and to provide clear forms are simply melting faster than they can be maintained.

Bauman confronts most potently when he proposes that: ‘In the society of consumers no one can become a subject without first turning into a commodity’.[3] This is the chilling possibility that not only are we shopping for a self, but we are also literally selling ourselves; otherwise we are invisible in a world of things that people desire. This would explain, it seems, our obsession with fashion, image, fame, and the necessary presence on the web and the attendant necessity to blog ourselves into life! We are continually under pressure to re-invent ourselves based on the always-shifting conditions of identity. Spirituality at its worst then, becomes about a trading in trinkets of belief, and the purchasing of power through image control. This is not just simply about appearances, but more fundamentally about how we see ourselves, who we are, and where our hope lies.

To consider the dilemmas of this situation one needs the skills of seeing, of being able to circumvent the blindness of being within a culture, because things seem so natural. Travel always wakes us up to this kind of culturally-induced blindness. Such blindness, unfortunately, is particularly prone to people who believe passionately and love fully. It is part of the danger of living with a sense of faith, that can at times inculcate blindness to particular moral and ethical implications of human freedom and the will to hope. It is not hard to find people of passionate belief and kindness who are (well in my mind) simply stupid and ignorant, and who unwittingly unleash violence in the community. Spirituality or faith is no guard itself against such blindness.

Good shopping, it seems, requires eyes to see. To demonstrate that, I want to turn to the winning work for the 2009 Blake Prize for Religious Art by Angelica Mesiti. In an historic turn, the Prize was won by a work based in new digital technology rather than the more traditional expectation of a painting or sculpture. The award was met with mixed responses ranging from perceptions of deep insight to that of cynical derision from sections of the media. But art awards are often like that! It is a race where the favourite never wins.

Mesiti filmed her 10-minute video work at ‘Big Day Out’, the annual music fest held in the heat of the January long weekend. It depicts in slow motion on high-density film the response of members of the crowd, up close and intimate, in a world of ecstatic passion and at times darker, nearly tribal behaviour. The work plays out moments of rapture, delight, and frenzy as well as a sense of anxiety, and even loss. It offers a mirror about what rapture looks like in the context of youth culture. These are young people rehearsing their hopes, passions, and dark anxieties. The work is powerful because of its proximity, its visceral and intimate nearness to such strong emotion. It is rapturous and unsettles viewers not used to such strong responses.

As water, sweat, and saliva splash across the surface of the screen, rainbowed with colour, we are left to contemplate our own youthful passions and what turns us on to life, or maybe more stubbornly what simply keeps us going. As an audience we are not party to the information about where the work began, we just meet this crowd of faces, slow motion in the contemplative environment of the art gallery. We are moved to answer the place where such feelings arise for us in our own lives. In this way I have found the work to be quite subversive; on walking into the exhibition I have been consistently struck by the audience to the work, who gather around with a consistent look of wonder. Wonder, after all, is a pre-condition for hope. Perhaps the recovery of wonder raises good questions about discerning the nature of hope in our time.

For the subjects of this work, the young people of today, I find there is much to be encouraged by. While some cling to formulations, there are many who are exploring the gamut of life with gusto, intelligence, and passion. They exhibit a sophisticated understanding of how images work, and the means to negotiate life in a consumer culture. They are anxious to define what life is worth living for, and find faith refreshing and without the baggage that I associate with people of my generation. These young people give me hope and help me see. This is because they are finding resources and wisdom to live a life of spiritual nourishment in these times of anxiety and change. It is always the role of the young to see visions, as it is the role of my generation to keep dreams alive.

Rod Pattenden is an artist, art historian, and theologian interested in the power of images. He lives and works on Awabakal land.